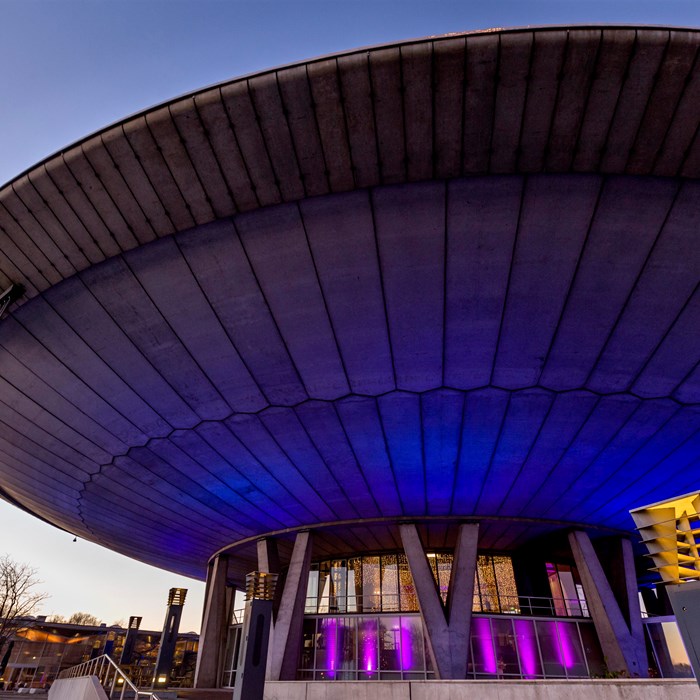 The information presented in Brabant Brand Box can be used free-of-charge for positive stories about Brabant.

Mark Migchels is busy putting the finishing touches to the interior of the new building housing ‘Bottle’, his distillery, which is also known as ‘A place for lucky bastards’ (because his own beverages brand is called Lucky Bastards). Even so, he stops and pauses for thought when asked what typifies Eindhoven. His answer: ‘Eindhoven is industrial. It is rational. It is creative. And it is a place where you can go out and enjoy yourself. The people in Eindhoven - the ‘Eindhovenaren’ - are doers.’ Migchels is referring of course to the multinationals that made Eindhoven the large city it is today: Philips and DAF. ‘And now we have Brainport Eindhoven and the University of Technology. They reflect the rationality of Eindhoven and its inhabitants. At the same time, Eindhoven focuses on the aesthetic side of life, because it is the leading design city in the Netherlands. And last but not least, there is also a strong human side because Eindhoven and the people who live here are easy-going and friendly. This multifaceted mix makes Eindhoven an attractive city.’

From Philips to Brainport

Let us start at the beginning: the industrial city. Eindhoven remained relatively small until the end of the eighteenth century, never exceeding two thousand inhabitants, but its population grew rapidly when the Industrial Revolution started. The factories (textiles, tobacco, matches) attracted more and more workers. Philips, famous for its incandescent bulbs, was the star on Eindhoven's stage during the first four decades of the twentieth century, growing into a company that employed tens of thousands of people, totally unprecedented for the time. Between 1890 and 1920, Eindhoven's population increased from 19,000 to 43,000 inhabitants. The villages of Woensel, Tongelre, Stratum, Gestel and Strijp were swallowed up by Eindhoven and have been a single large municipality ever since: this is literally how Philips made Eindhoven great. The factory complexes built by Philips on each side of Emmasingel (Lichttoren, Witte Dame, Admirant) and in Strijp-S are reminders of this glorious period.

At the end of the twentieth century, Eindhoven trembled on its foundations: Philips intended to move its headquarters to Amsterdam. But the reaction that followed typifies how ‘the doers’ in Eindhoven rise to a challenge. Partnerships between residents, local government, education and businesses are forging a new identity: The Brainport Eindhoven region is full of technological and innovative expertise and home to countless manufacturing businesses, including high tech companies like ASML (which makes machines for the semiconductor industry).

The High Tech Campus (located at the site of the former NatLab, Philips’ physics laboratory) and the Brainport Industries Campus in the north-western part of Eindhoven are hotspots for (international) companies and educational institutions.

After the prosperous decades fuelled by the growth of Philips at the beginning of the last century, Eindhoven has experienced a similar period of growth and prosperity during the first twenty years of this century. The numbers prove it: the city’s population has grown from 194,000 inhabitants in 1980 to more than 230,000 in 2019.

Some ten years ago, all kinds of organisations in the working-class neighbourhood of Woensel-West joined forces under the name of ‘Buurtonderneming’ (Neighbourhood Enterprise). Voltastraat and Galvanistraat are the areas where the most striking restructuring activities have taken place. After passing through a historic gate on Edison street - whose shape is reminiscent of a light bulb (invented by Thomas Edison) - you now enter a car-free residential area called Volta Galvani, full of colourful houses that evoke the atmosphere of the cities around the Mediterranean Sea.

The shops Marjan refers to are the 'Woensel WestSide Stores', a row of shops that give the district a distinctly hip and trendy feel, such as Whiskylab, a shop specialising in whisky, Velvet Record Store and Korean Soul Food.

De Gulle Griek, which brings ‘a corner of Greece to Eindhoven’ is just a little further down Edisonstraat. The woman who owns the shop learned how to prepare local food in taverns throughout Greece, and uses recipes given to her by old Greek women and fishermen. All the other products she sells also come directly from that sun-drenched country. The ambience of her outside seating area transports you away to Southern Europe, in the middle of this working-class neighbourhood in Eindhoven.

As Mark Migchels said: in Eindhoven, they know how to combine creativity with going out and having fun. And some entrepreneurs do this incredibly cleverly, creating a thriving business in the process. Migchels' own business, Bottle, recently moved to the old factory where Campina produced milk for many years. The part of the building that he occupies - with a fantastic view of the canal right in front of the door - used to be a busy scene of horses and carts arriving and departing as they delivered fresh milk. Today, Bottle makes gin, rum, liqueurs, vodka and other beverages here. The owner worked in the financial services sector for years. ‘But I always wanted to focus on a tangible product. Now I work every day with fantastic ingredients and really cool production processes, and I have a direct influence on the final result.’

Until the end of 2019, Bottle was located in the Schellensfabriek (a former textile factory) and worked together intensively with De Stadsbrouwerij, which opened its doors in 2015 and includes a café/restaurant of the same name. This is where the 100 Watt beers are brewed. More than thirty people work here under the leadership of creative brain Rob (‘I was born to enjoy life’) Bours. Bours formerly worked as a sound engineer and musician. He signed up for a brewing course just for fun. ‘The person who taught the course was so enthusiastic about what I came up with that I turned that hobby into my work. Now I create all kinds of innovative beers, preferably with an unusual twist like vanilla or fruit.’ The brewery currently offers 45 of its own beers in the on-premises café, and also sells its beers to restaurants, supermarkets in the region and wholesalers.

The owners of Bottle and De Stadsbrouwerij both pass on their enthusiasm to others by organising workshops, guided tours and tasting sessions. “Smell it, savour it, enjoy it”, is how Mark Migchels puts it.

Creativity not only characterises many entrepreneurs in Eindhoven; the city also enjoys worldwide fame as a design city. The Dutch Design Academy and the Dutch Design Week (at 120 locations in the city!) have an international reputation. The workshop and exhibition of designer Piet Hein Eek are well worth a visit. And the same applies to De Kazerne with its eight luxurious hotel rooms, two restaurants, several art exhibition rooms and an inner garden. You can lunch, dine and sleep here, amidst regularly changing exhibitions of works created by talented, world-class designers and artists. Dutch chef Thomas Voets runs Restaurant Benz while Italian Giovanni Gabana is in charge of De Kazerne. When you dine in the latter restaurant, the lighting effects make you feel as though you are on a film set.

‘Wine, dine & design’ is also the theme at TAC, opposite the stadium of football club PSV. Unlike the suggestion evoked by its name, this Temporary Art Centre is more austere than De Kazerne. During the war, this building was a Philips office, where Frits Philips himself worked, and the staff shop was also located here. These days, TAC is a place where (beginning) artists give free rein to their creativity in eighty(!) ateliers. Even the bar and restaurant are works of art in their own right, created by visual designer and artist Marsel Pott. TAC is also used for live music events, exhibitions and parties. ‘In spite of the busy programme, our budgets here are limited’, says producer Martijn Claessens, ‘but that just makes us even more creative. Our motto: anything is allowed, as long as you treat the building with respect. A few years ago, an artist painted a number of walls black. That was part of a temporary project. Afterwards, we just painted them white again.’ Rolling up your sleeves and being creative. This is simply second nature in Eindhoven. Due to refurbishment work and new building additions, all TAC activities will be spread across three locations during the coming years: part of the current building, a school on Kronehoefstraat and the Section C cultural complex and business park in Tongelre. 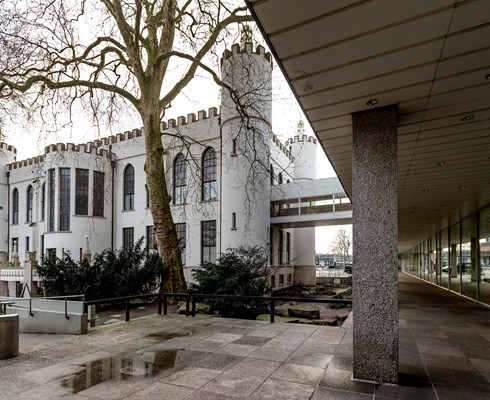 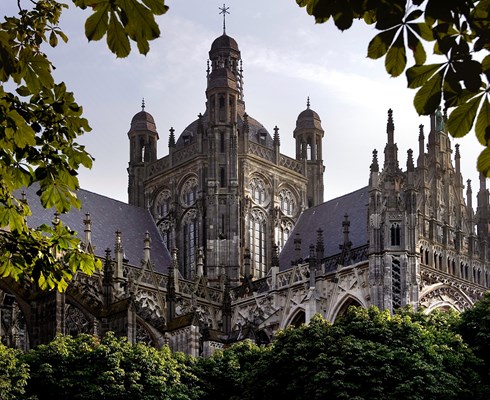