On behalf of NS Dutch Railways, Ontwerpbureau Waarmakers came up with an unusual game to make travelling by train more fun. It underwent its baptism of fire during the Dutch Design Week 2017. The information presented in Brabant Brand Box is offered free-of-charge for positive stories about Brabant.

The Dutch Design Foundation – the organiser of the Dutch Design Week – is convinced that designers are capable of solving complex problems and will therefore play an essential role in shaping our future. To underline this steadfast confidence in the power of design, the Foundation asks designers to ponder a number of societal issues each year. Such as this question submitted by NS Dutch Railways: We want more people to use the train. How can we make trains more fun? Maarten Heijltjes and Simon Akkaya at Waarmakers enthusiastically sunk their teeth into this challenge. 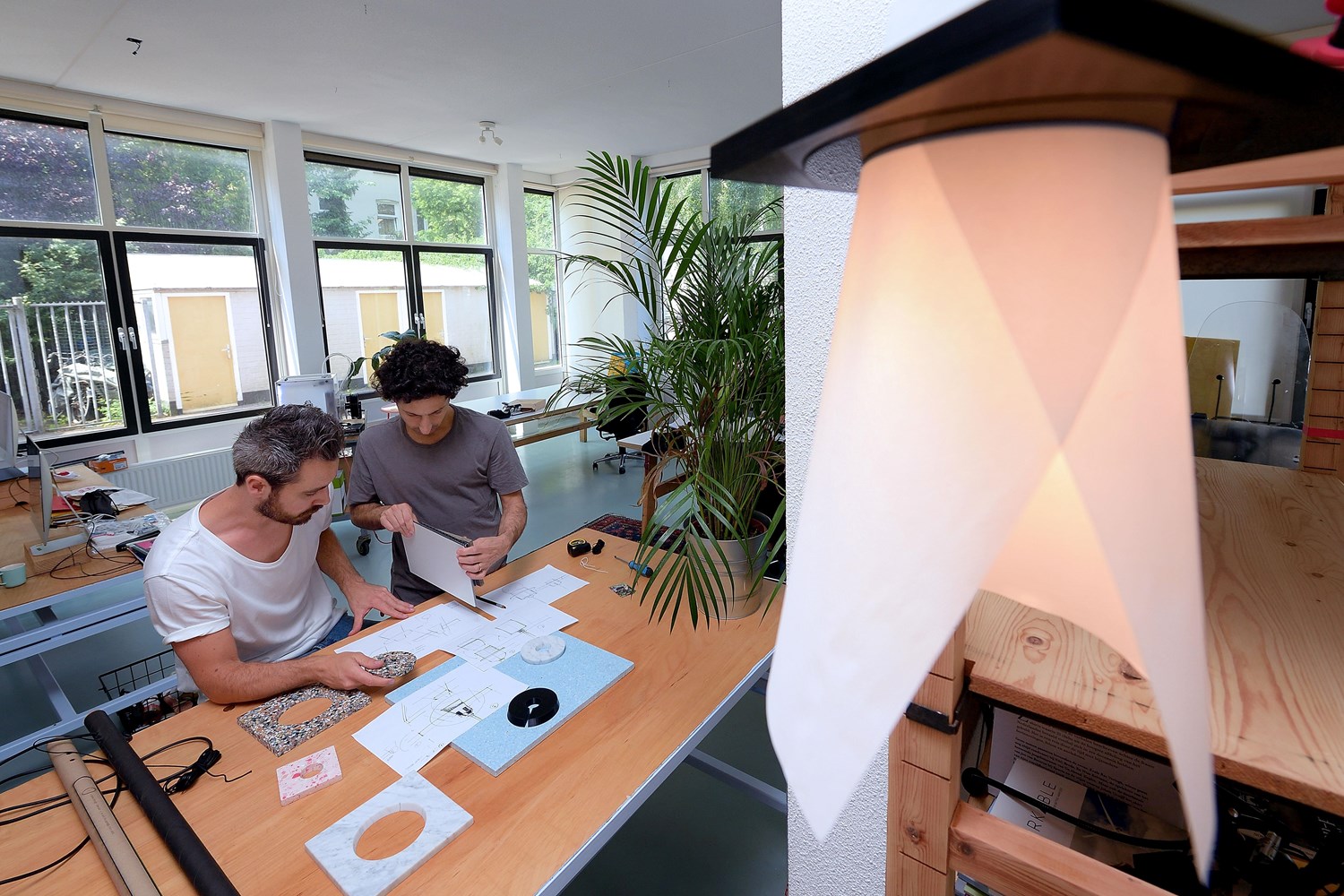 Crowding in trains during the rush hour is one of the main reasons why travellers choose not to use public transport. But what if a crowded train were to offer you a more enjoyable travel experience? ‘What if’ is a question that is often asked during the Dutch Design Week. And a very important question it is, according to Maarten Heijltjes. “The ‘What if’ question helps you break established patterns and lets in a refreshing breath of fresh air to clear the way for new ideas. And the result, for NS Dutch Railways in this case, is an idea for retargeting your service - an idea for the future.”

Positivity in the train

Looking at tough problems from a different and innovative perspective; that is something best left to designers. Heijltjes: “The fact that people avoid crowded trains or put on their headphones to avoid talking to fellow travellers is diametrically opposed to NS Dutch Railway’s finding that people give their travel experience a more favourable score if they have had social contact during the journey. However, you can’t force people to talk to each other. You can try to engender positivity. So we asked the following question: in what situations do you see positivity arising in a full train?” For example, if the conductor says something that can be understood ambiguously on the train’s public address system. That makes people laugh and they exchange complicit looks. According to Heijltjes, moments like these show our basic social need for contact with others. 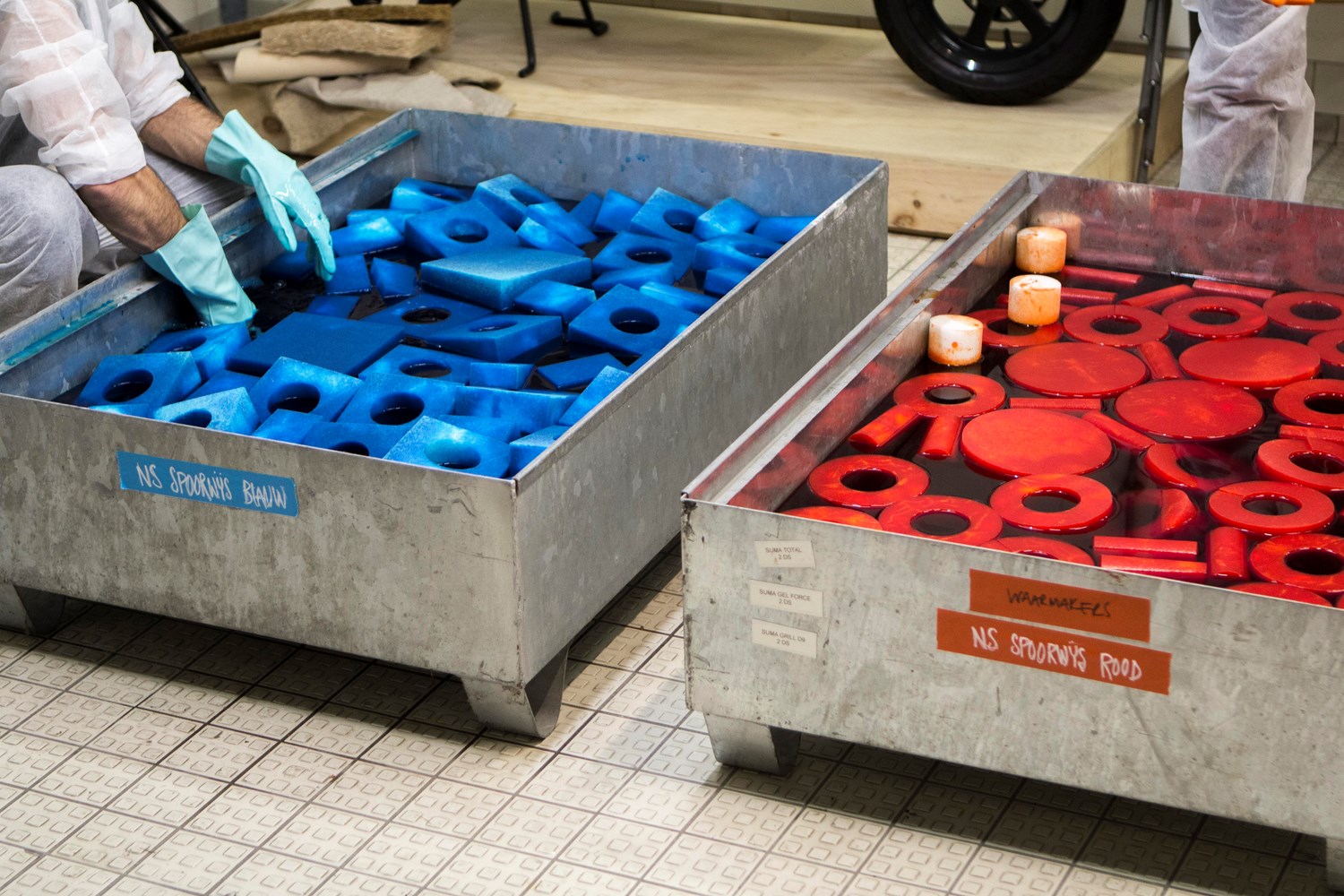 The two industrial product designers felt it important to ensure that their idea reflected the unique aspects of travelling by train: you race through the countryside with a group of people whom you do not know, but who all experience and see exactly the same things as you do at that point in time. To get a good idea of exactly what people experience at times like these, they asked as many train users as possible to tell them about their most enjoyable and worst experiences when travelling by train. And they travelled extensively by train to experience things first-hand. They also filmed the Amsterdam-Eindhoven line. After all, the idea was to test their design on this route. Maarten Heijltjes: “We used suction cups to attach our smartphones to the windows on the left and right sides of the train. We also timed when you see what.” Perfect timing is essential for our duo’s idea.

Their idea? A quiz app that you can only play in the train. You either play against your fellow travellers or a randomly composed team. And you decide whether other players can see who is on their own team or on the opposing team. No personal information needs to be provided – your teammates/opponents can identify you by your seat number.

Based on their GPS location, all players are asked the same questions at exactly the same time. Getting that to work flawlessly was quite a challenge, says Maarten Heijltjes. “Miraculously enough, we managed to synchronise everything perfectly in the time we had available.” Typical questions: Is the water tower on the left or right of the tracks? In which direction does Paris lie? Estimate the distance to the windmill. The unique aspect of the game is that each question or command encourages movement: you look from the left to the right - searching for that water tower, you point your smartphone in the direction where you think Paris lies, or you try to keep a ball balanced on your screen. That makes other travellers curious and encourage them to break the ice. And that is the whole idea!

The design produced by Waarmakers underwent its baptism of fire during the Dutch Design Week 2017. Maarten Heijltjes: “It was a huge party.” Together with a group of helpers, Heijltjes and Akkaya stood at Amsterdam Central Station and held up large signs that were designed to get travellers to Eindhoven interested in their game. The train where the game would be played had been festively decorated and everybody who participated wore a crazy hat or wild pair of spectacles to indicate his/her team. The five-day test was a great success. “It was great to see that our idea actually works in practice”, says Heijltjes. Waarmakers is now working on a follow-up together with NS Dutch Railways. Your most interesting encounters? You are likely to experience them soon in the train! 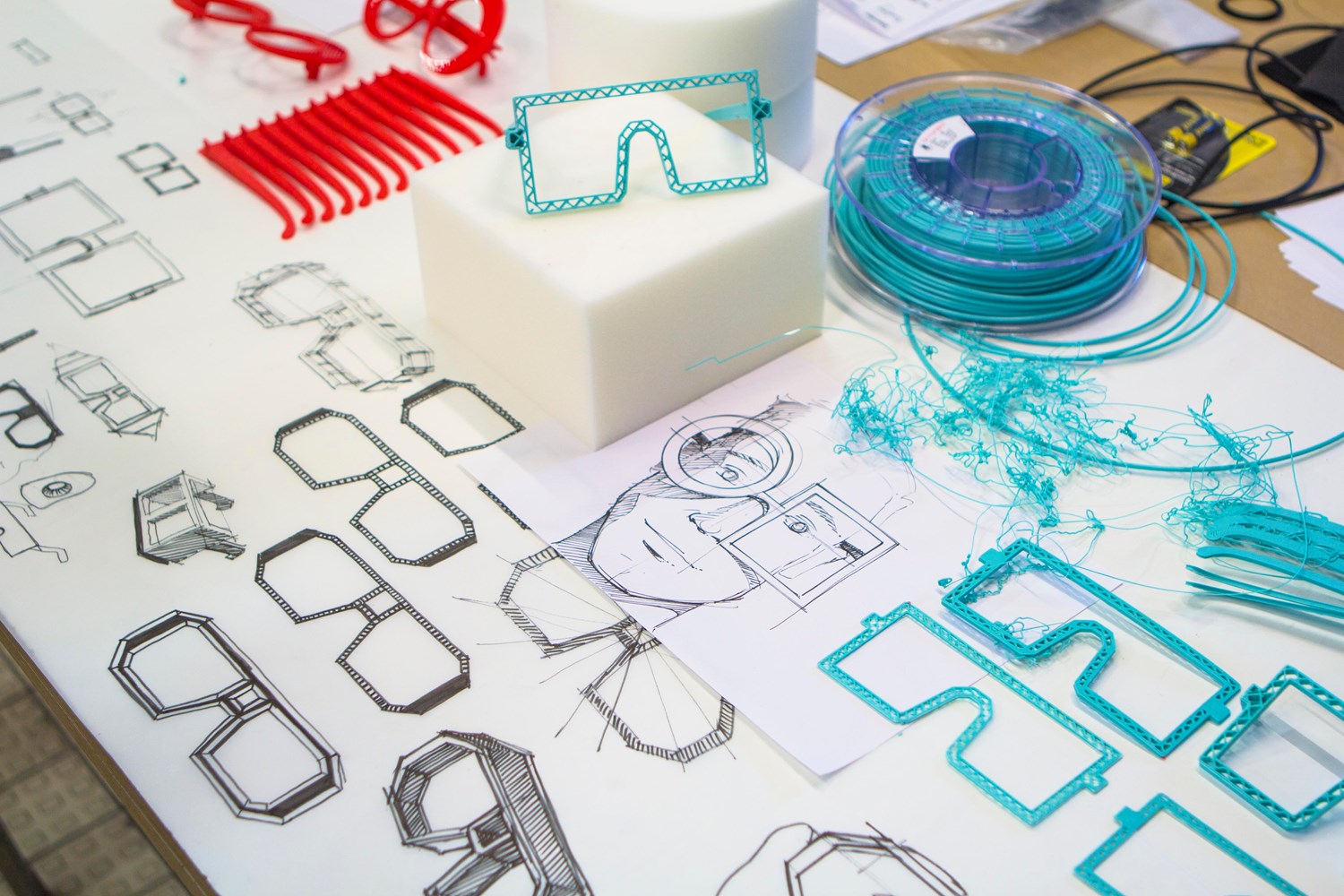 Each year in October, Eindhoven eats, drinks and breathes design. For nine days, as many as 100 locations throughout the city can be visited for inspiration based on the work and ideas of designers (more than 2600 in 2017!). The Dutch Design Week is the largest design event in northern Europe: in 2017, the DDW attracted a record number of 335,000 (international) visitors. All design disciplines are represented, ranging from industrial design to food design. From graphic design to textiles and fashion. There are exhibitions, award ceremonies, networking meetings, workshops, parties and music.

The DDW is characterised by a strong focus on designing for the future, experimentation and innovation. Sustainability, bio-design, health and social design are key themes each year. 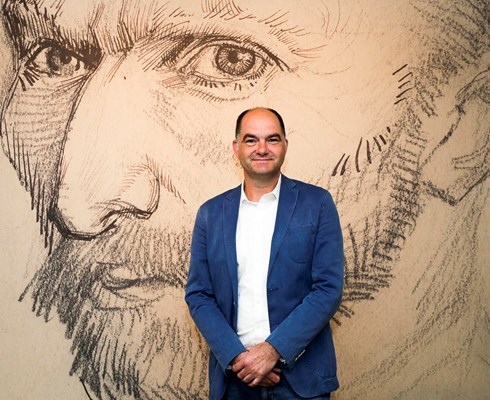 In the footsteps of Vincent van Gogh

Tilburg is the first Dutch city to display a sculpture created by artist Anish Kapoor in a public space. How did Museum De Pont achieve this major feat? 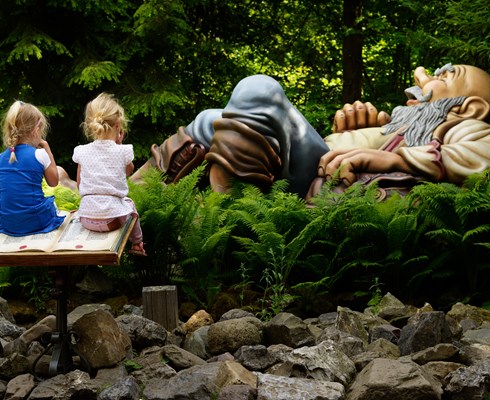 These facts and figures prove it: businesses thrive in Brabant, it is a leading area for high tech and design and its population has mastered the art of enjoying life.