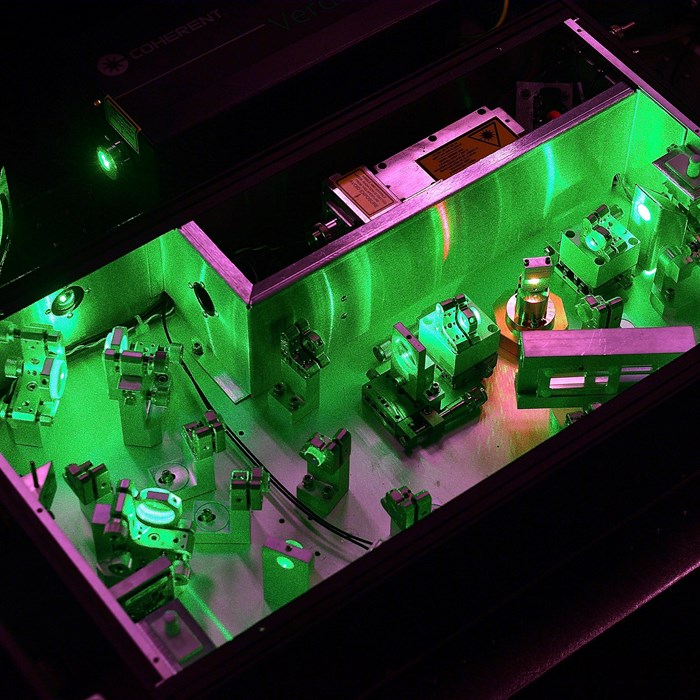 The powerful radiation emitted by Smart*Light makes it easier and cheaper for companies, hospitals and museums to look below the surface in a wide range of materials, ranging from an artist's canvas to steel.

Regardless of whether the material for analysis is metal, the arteries around the heart or the layers of paint in a painting, researchers want to understand what is going on ‘under the surface’. In the future, they will be able to do so using Smart*Light, a new device that is being developed by Eindhoven University of Technology. The powerful radiation emitted by this mobile device makes it easier and cheaper for companies, hospitals and museums to look below the surface in a wide range of materials and tissues.

X-ray radiation is an essential tool for developing new high tech materials, producing reliable clinical diagnoses and restoring works of art. It makes (changes in) the structure of materials and fabrics visible in microscopic detail.

Various sectors, such as the high tech industry, aerospace, automotive and shipbuilding, are expected to welcome Smart*Light with open arms. One of the companies that showed immediate interest is Tata Steel. This is because Smart*Light will allow this leading steel manufacturer to analyse the structure of its steel at a very early stage during the production process. Tata Steel hopes to achieve a major improvement in quality with this technology. The Ministry of Economic Affairs and Climate is also interested because of the device’s economic potential.

Remarkably, the initial idea for developing Smart*Light originates from a completely different sector: the art world. Joris Dik, Professor of Materials in Art and Archaeology in Delft, was looking for a way of investigating the subsurface layers of paint in paintings using a powerful form of x-ray radiation.

He knew that Eindhoven is a leading centre for accelerator physics. Consequently, the university knows exactly how to generate an intense x-ray beam. So Dik contacted his colleague Jom Luiten, Professor of Coherence and Quantum Technology at Eindhoven University of Technology. Luiten was immediately interested. “I can do the calculations”, he said to Dik. And this marked the birth of an alliance between art researchers and machine constructors. 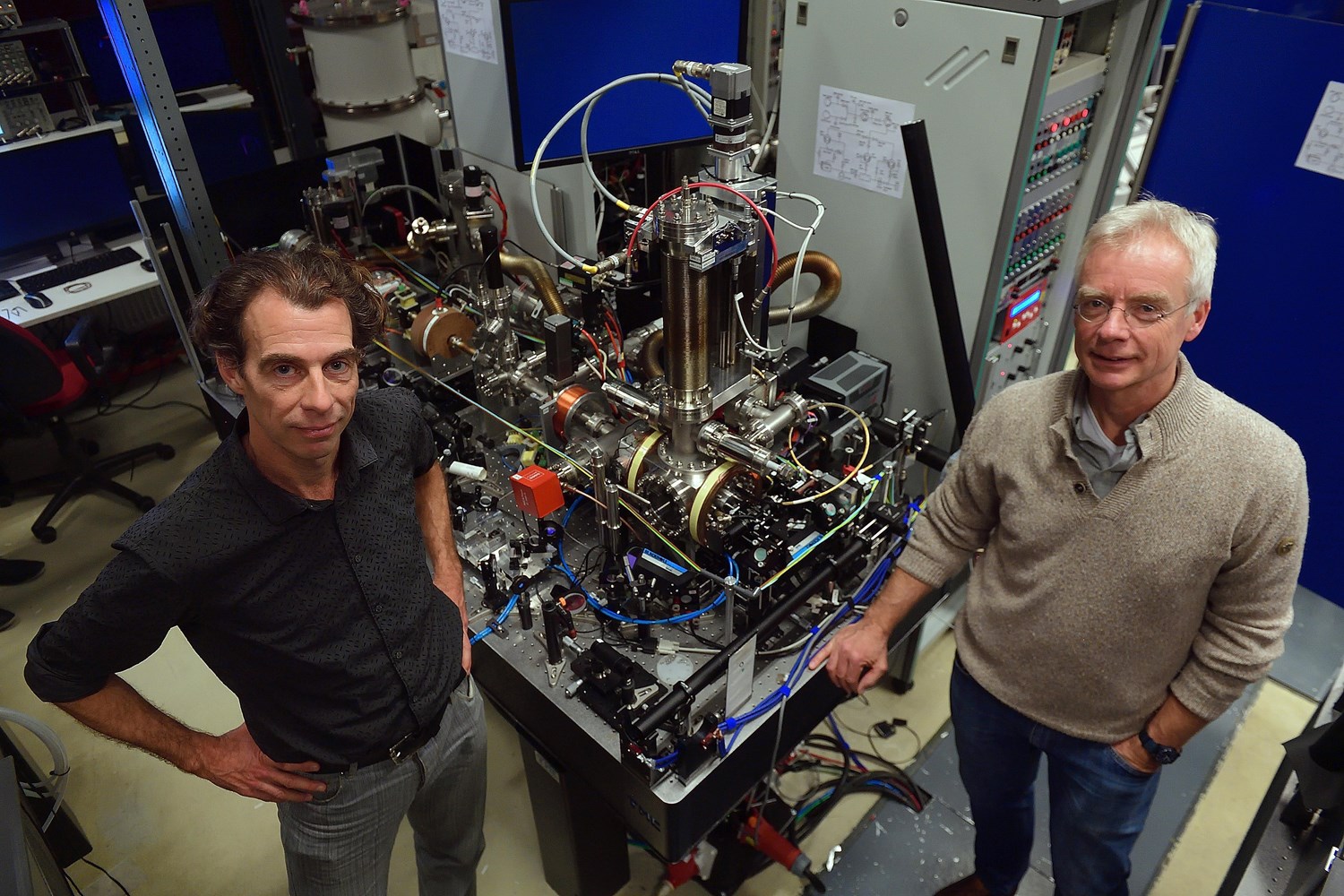 Technically speaking, this research is already possible using a synchrotron. Synchrotrons are large accelerators that shoot electrons through a circular tube hundreds of metres long at almost the speed of light. The resulting radiation makes it possible to map changes in materials and tissues in great detail.

Dik had already used this technique successfully before when he took a painting by Vincent van Gogh, ‘Patch of Grass’, to a synchrotron in Hamburg. The analysis immediately resulted in a spectacular find when he discovered a woman's face in the style of the Potato Eaters hidden below the surface of the painting.

But there are only a few synchrotrons in Europe, and all of them are some distance from the Benelux. And when you get there, the time available for analysis is extremely limited. “Furthermore, no museum or private owner wants to ship a precious painting all that way”, Jom Luiten explains. “The cost of insuring the work of art is prohibitive. The fact that Dik succeeded with a Van Gogh is quite remarkable.”

In view of all this, Joris Dik would be over the moon if he had a mobile device capable of generating this powerful radiation, to avoid having to transport precious paintings back and forth. But he also knew that the art world does not have much say in what new technology is developed. So he investigated whether a collaboration with other sectors would be possible.

An excellent idea, because he found that several other parties would be interested in using synchrotrons but could not do so because of the practical drawbacks. “Every single synchrotron is in use 24 hours a day and booked months ahead”, says Jom Luiten. “Anyone who wants measuring time with the device has to put in a request at least six months in advance. And only really special projects are considered worthy of more than a few days. That’s pretty awkward if you are involved in scientific research.” Materials expert Hessel Castricum of Delft University of Technology adds: “This also applies to research projects that are more application-oriented. So industry is also very interested in a workable alternative.” 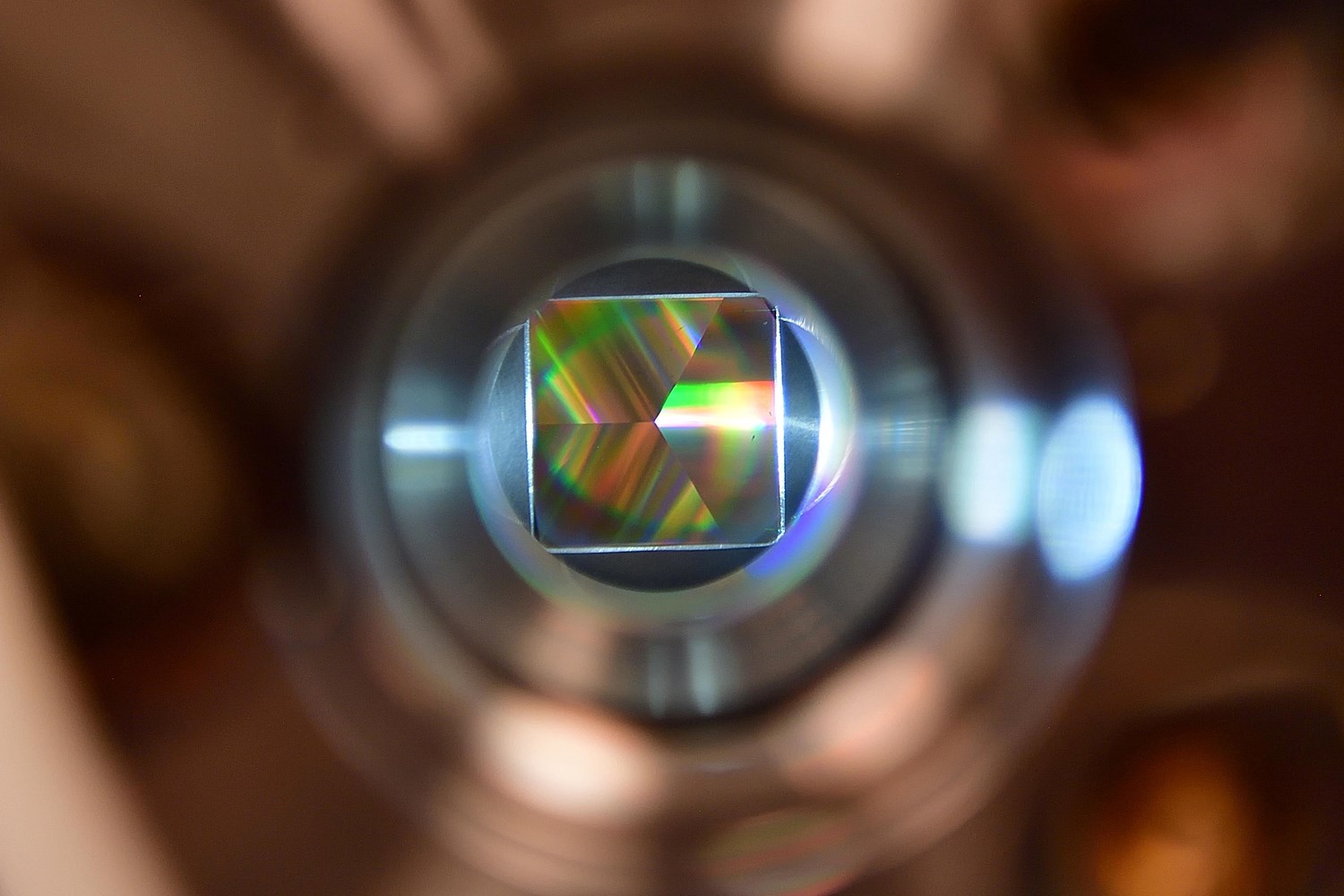 The compact x-ray tube - widely used in hospitals - is not a practical option for many types of research. This tube’s characteristic of emitting x-rays in all directions makes it unsuitable for most materials research. The level of radiation is 100,000 times weaker than the synchrotron and not coherent. Focused radiation is especially important if you want to study tissues more precisely at a lower radiation load.

Smart*Light is intended to fill this gap in the market. A compact instrument producing an intense and coherent x-ray beam that will allow researchers to perform advanced analyses on location. This is possible thanks to the cutting-edge accelerator technology, which converts laser light to high-quality radiation. “The same quality as the synchrotron, but in a tabletop-sized housing”, says Luiten. “To use a computing analogy, the x-ray machine is an abacus and the synchrotron is the mainframe. Smart*Light is the PC between those extremes.” 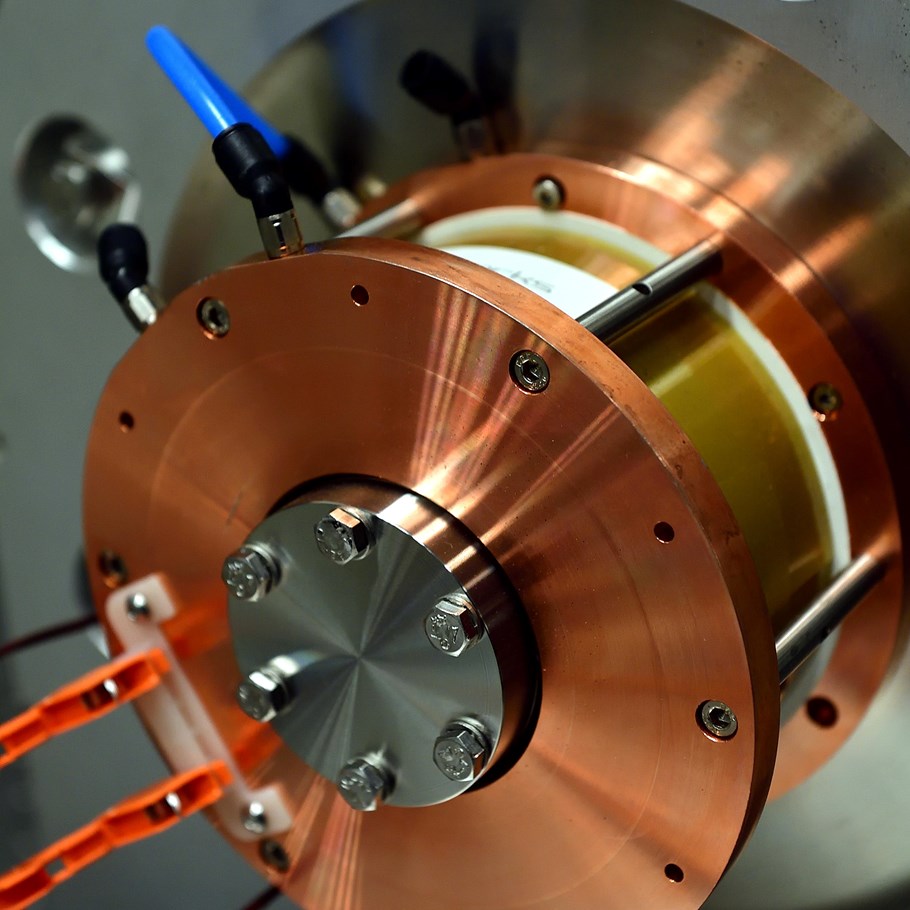 This project has been awarded funding by the European Regional Development Fund (Interreg Flanders-Netherlands), which targets collaboration projects for smart, green and inclusive growth. The result is a broad partnership between the universities of Delft, Eindhoven, Antwerp and Ghent. Eindhoven University of Technology is responsible for building the x-ray source. The other universities are focusing on detection techniques and applications in materials and art research.

Various other organisations have also joined the project, including Erasmus MC, several small start-ups (XRE, Afga, M2i and Coast), Museum Boijmans van Beuningen in Rotterdam and the Royal Museum of Fine Arts Antwerp. VDL ETG in Eindhoven also participates in the Smart*Light project and produces high-precision parts for the accelerators.

From artistic masterpieces to welds

Mobility is one of the main advantages of the new device. The entire machine is only a few metres long. This means that the device can easily be used for medical diagnostics in hospitals and research into artistic masterpieces.

The applications for materials science and healthcare have generated the most interest. “Several major accidents such as the Bijlmer disaster and the oil spill in the Gulf of Mexico can be traced back to material failure,” says Hessel Castricum. “If we can gain a better understanding of the underlying processes and predict outcomes more effectively, the benefits for society will be huge. Corrosion (the chemical degradation of materials) is also a huge cost item, amounting to some fifteen billion euros per year in the Netherlands. With better coatings, we can reduce those costs. Advanced x-ray analysis is indispensable to achieving this. We will also be able to develop cars of the same strength built from lighter materials, which will in turn reduce fuel consumption.”

Materials research in the steel industry

The concept behind Smart*Light is a simple idea that builds on existing technology. “We still face major challenges”, says Luiten. “It will be more costly to develop the device than we thought and we will have to procure many more parts. In some cases, the parts we need are only made by one or two companies in the world, so the delivery lead times are long. We are hoping to build a machine within a year, but much still needs to be done.”

Building a prototype is one thing, industrialising that design will be even more challenging. Many more millions will need to be invested in order to bring the device to market. A costly step, referred to as the valley of death. “The money we have to raise for this is ‘peanuts’ compared to building a hugely expensive synchrotron, but it is still a substantial investment”, says Luiten.

VDL ETG is involved in the engineering process to ensure seamless progression from the prototype stage to series production. “VDL is covering most angles but doesn’t build its own x-ray sources,” says Luiten. “That requires another partner. Ultimately, our goal is to give birth to a new manufacturing industry, preferably somewhere in Brabant, but no further away than the Benelux.”

This project has opened up a new world for Luiten. “The interest in x-rays shown by many different sectors has been a revelation. The most rewarding thing is that we, as machine constructors, are now collaborating with high tech organisations that will use the device in the future”.

“The partners all come from very different backgrounds”, Hessel Castricum agrees. “But artists, scientists and instrument builders all look very closely at their materials. That level of pinpoint accuracy is something we all need.” 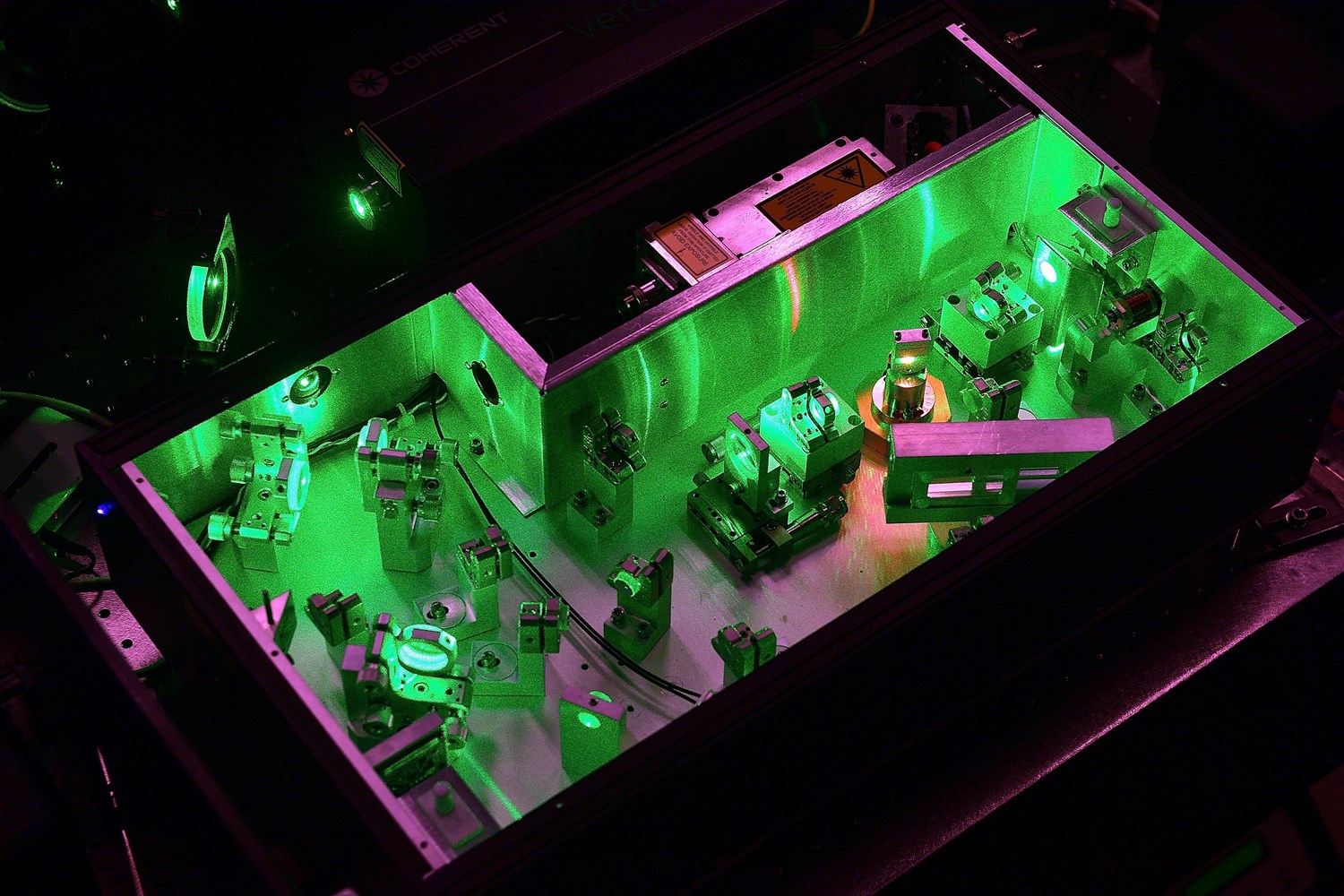 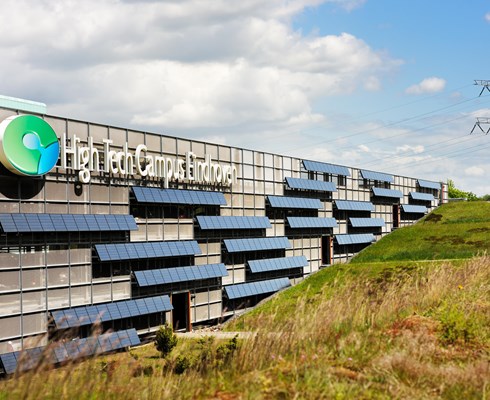 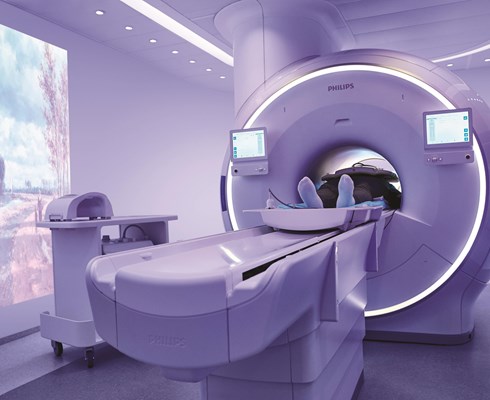 From light bulb factory to specialist in health technology: Philips has been involved in health care since the early years. 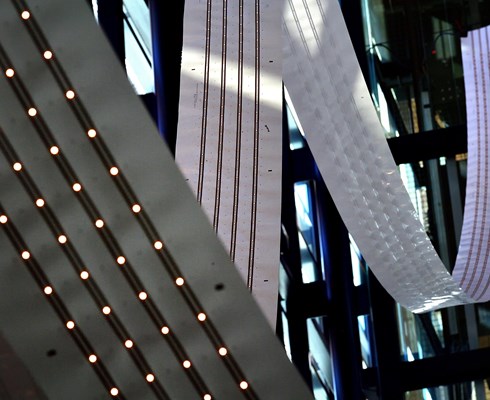 Holst Centre is an innovator in electronics printed on film

Shirts with solar cells, cars without buttons on the dashboard: electronics printed on film make this possible. This is the story of Margreet de Kok, senior scientist at the Holst Centre in Eindhoven.