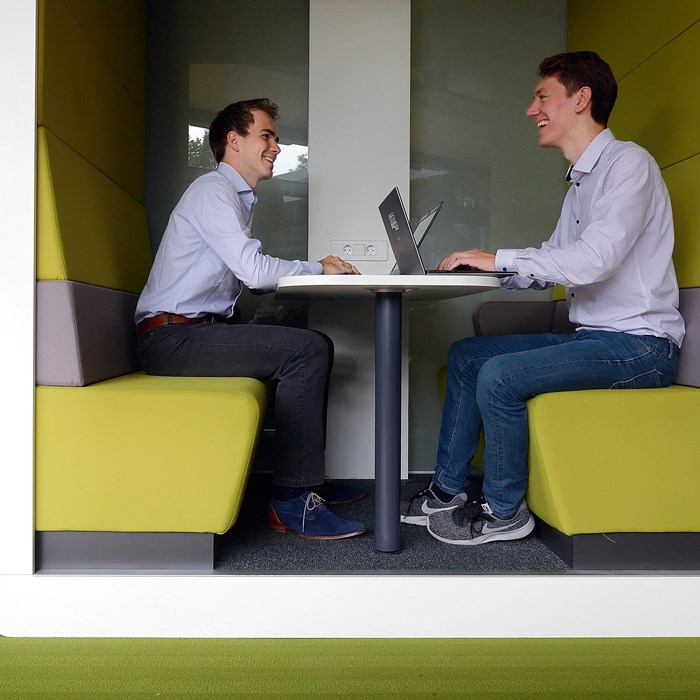 BitSensor stops hackers in their tracks

BitSensor's innovative security software identifies hackers in seconds. It has earned the company from Eindhoven a nomination as ‘start-up of the year’.

Online theft, identity fraud, websites and companies that are totally paralysed: cyber criminals can do a great deal of damage. But when a company is hacked, it often takes months before the leak is discovered and investigation starts in an effort to identify the perpetrators. Two former students of Eindhoven University of Technology were convinced that the whole process could be speeded up significantly. Their company, BitSensor, was voted best Dutch start-up of the year by computer giant IBM and Computable.nl.

In 2017, a global hack brought countless companies and two large container terminals in the Port of Rotterdam to a grinding halt. According to Norton - a leading specialist in security software - cyber criminals stole a total of €1.3 billion from 3.4 million consumers in the Netherlands in that same year.

The innovative software produced by BitSensor prevents cybercrimes like these. Ruben Vreeland and Alex Dings, both in their early twenties and the founders of this start-up in Eindhoven, are confident of its capabilities. Because BitSensor adopts a completely different approach to the ‘average’ forms of computer security. “It is not resident in the boxes and cables, but in the applications themselves”, says Dings. Their technology detects a hacker as soon as an attack starts. In just milliseconds. A profile is drawn up based on the hacker’s initial attempts to break through the defences of the computer security system. That profile is used to block the hacker. And also to identify weak spots in the compromised security system. 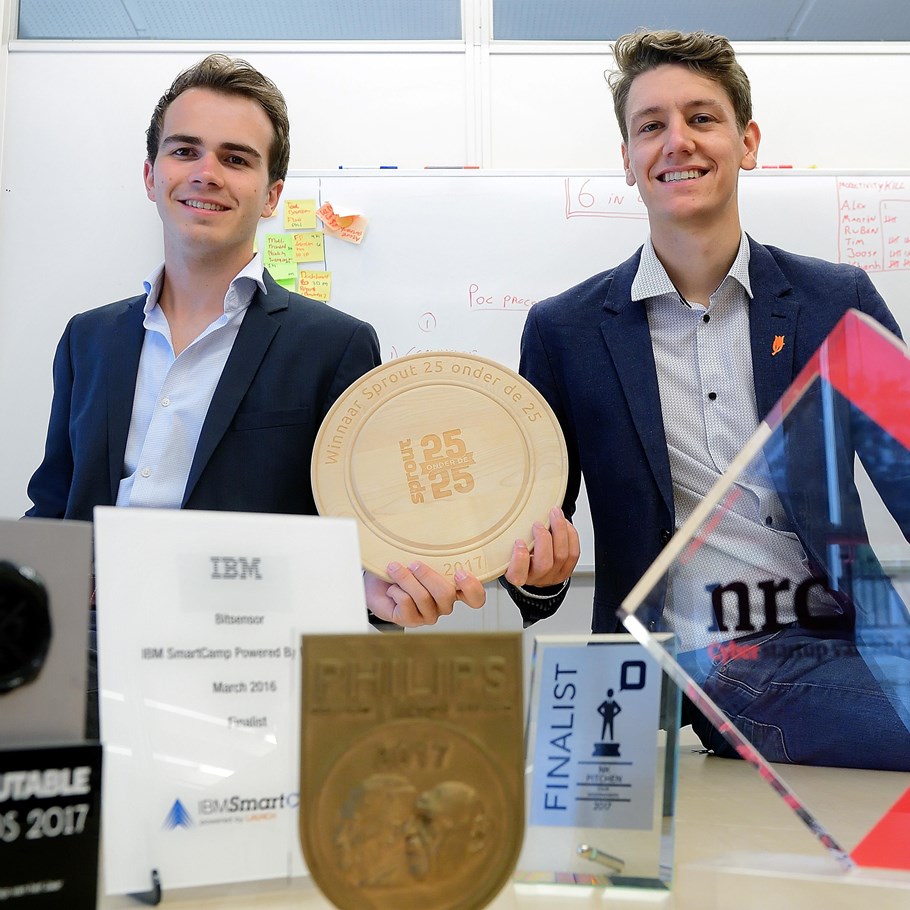 Their technology detects a hacker as soon as an attack starts. In just milliseconds.

Now that increasing numbers of companies and organisations gather big data, information security has become a hot item. So the solution offered by Vreeland and Dings has not gone unnoticed in the world of ICT. BitSensor has already won several prizes, such as the NRC-Liveprijs for CyberSecurity Start-up of the Year and IBM's prize for the best Dutch start-up. The young company has also attracted an investment of €400,000. Even though – according to Dings - “we were not actively looking for financial backers.” Both young men have now dropped out of their Web Science and Software Science courses at Eindhoven University of Technology. A logical decision, says Alex Dings: “We know that we have a promising product on our hands. And if things do not go as hoped, we will have gained a great deal of experience and practical expertise.”

Several steps ahead of the bad guys

See opportunities, take the plunge and act. Both spread their wings at an early age. Ruben Vreeland started programming when he was nine and became a hacker when he was fourteen. Marktplaats, LinkedIn, eBay, Indigogo: he had no trouble getting past their defences. He had access to millions of dollars, user names and passwords. But Vreeland is not in it for the money. He is an ethical hacker; his interest lies in detecting and plugging information leaks. To protect the data - often highly sensitive - which we all entrust to the World Wide Web. And of course, he enjoys the challenge: out-thinking the bad guys.

Alex Dings was twelve when, in front of the lenses of a TV camera crew, he handed a petition requesting more football goals in the park to the mayor of his home town of Weert. In secondary school, he was the youngest editor-in-chief of the school newspaper and produced a black-and-white weekly publication and a monthly glossy. In his first year at Eindhoven University of Technology, the University offers him a job resolving bottlenecks in projects for the Master’s programmes. He is the youngest employee ever. According to Dings, that is what they both have in common: focus on things you really find interesting, have a clear goal and commit to it completely. The two meet up and talk on a regular basis. “We soon discovered that we complemented each other perfectly.”

They soon team up and turn their attention to Vreeland’s cyber security idea. They approach SMEs in order to test their software. The results of these tests and feedback provided by the users help make their product even better. One of the fundamental strategies in the approach adopted by Vreeland and Dings is that they - in the words of the latter - “talk about our ideas with lots and lots of very smart people”. They are given ample opportunity to do so when they win IBM's prize for the best Dutch start-up. Because the prize includes a stay in San Francisco, where they spend a month and then decide to remain for an extra two weeks. “We used all that extra time to visit companies and congresses. Companies in the United States want to lead from the front in the area of cyber security, far more so than in the Netherlands. If you have a good idea, they are more than ready to talk to you.”

At the moment, the two are mainly working on how to position the product: how can BitSensor differentiate itself as effectively as possible? Alex Dings: “Because we are still young and relatively inexperienced, we find it important to research things first and act later.” Their track record to date indicates that this approach pays off. More and more customers are buying the product, and new members of staff have been recruited. At the end of 2017, they also won the Computable Award for the best Dutch start-up. The rave reviews from experts in information technology confirmed that Ruben Vreeland and Alex Dings are on the right track.

Their product has slammed the door in the face of many hackers. Thanks to BitSensor, the digital world has become a little more secure. 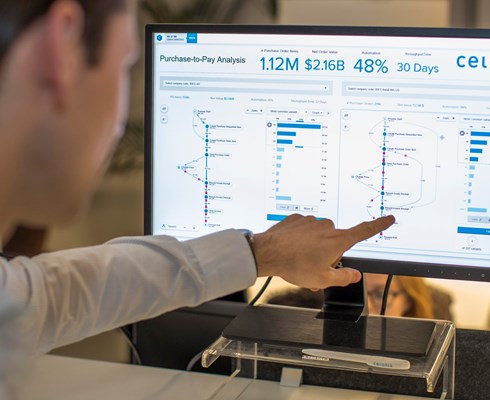