Is it possible to feed the world and make it healthier without placing an impossible burden on the Earth’s resources? PlantLab's technology is changing food production worldwide.

Just imagine. It is 2050. Nearly 10 million people now live on the Earth. Water and soil are expected to be scarce, temperatures are changing and people mainly live in cities. Producing food will be a major challenge if nothing changes. So, in 2006, PlantLab started to explore a totally different approach to growing crops and develop the revolutionary technology that this would require. The goal: to contribute to feeding the world of the future in a sustainable manner; with fresh and healthy food on every street corner.

From dream to reality

Ard Reijtenbagh and Marcel Kers from PlantLab explain the idea behind their company: ‘Farming and horticulture are very strong in the Netherlands and Brabant is a leader in agrifood. Even so, today's conventional farming techniques are simply inadequate in the face of the huge challenges that lie in store for the world.’ Food safety, a lack of water, the availability of land for production, the growth of the world’s population and the sector’s carbon footprint are the principal challenges they see.

PlantLab took its dream and turned it into reality by developing technology for producing vegetables and fruit in fully controlled production units. After much experimentation, what started as a small trial site has now become a recognised player at a recognised location in Brabant: De Gruyter Fabriek in ’s-Hertogenbosch, a hotspot for the creative industry.

PlantLab is now capable of growing multiple layers of crops on a large scale in special units that have a relatively small footprint. The plants grow much faster in this environment than they do in a greenhouse. The secret lies in the technology used for the Plant Production Units (PPUs), plant cultivation know-how and the ability to produce distinctive products in terms of taste, nutritional value and sustainability. Radical new insights and practical logic - Plant Logic – have led to crops that grow better.

PPUs are fully controlled climate units for growing crops under LED lighting. At first glance, these units look like cold stores, but appearances are deceptive. They contain special technology and ingenious growing systems. PlantLab's technology not only improves the way the crop smells and tastes, it also increases the nutritional value. The process results in tasty vegetables or fruit with special characteristics for, for example, people with deficiencies of specific minerals or vitamins, elderly people or top athletes. With extra iron, calcium or other minerals that help the body recover faster.

Valuable contribution to the world

Growing crops under LED lighting instead of sunlight will make large-scale food production possible all over the world in the future, even in areas where crops often fail due to catastrophic natural events. In addition, some food production activities can also be moved to areas close to cities. ‘This is because food production in PlantLab's self-contained climate chambers requires practically no water and no chemicals are used. Everything is controlled by sensors and measuring equipment to guarantee food safety. LED lighting is efficient in use and being able to cultivate food just around the corner limits transport movements. That makes for a very small carbon footprint’, says Ard.

What would characterise a paradise on earth for plants? This is the question PlantLab's designers asked themselves when developing their PlantParadise ®. ‘Practically every plant has different needs’, Marcel explains. ‘What the plants themselves would consider to be paradise is very different to what we think. If they were able to talk, they would have specific requirements in terms of light, temperature, air flow, humidity, CO2, water and nutrients. Plants can only use a very small percentage of sunlight effectively. So the effect of the sun is limited.’

PlantLab undertook extensive research into plant physiology and combined that knowledge with advanced technology. The result is the ultimate PlantParadise®: a self-contained, controllable growing environment that provides optimal cultivation conditions.
PlantLab does not modify the plants in any way. Instead, the company focuses on the natural conditions that the plants require in order to grow optimally. For example, they expose the plants to light at their favourite wavelength in combination with advanced climate control and introduce other factors highlighted by the mathematical plant growth model.

PlantLab’s expertise and technology are a source of inspiration. Together with a variety of partners, the company is developing several new business models. Varying from breeding and producing vegetables, fruit and flowers to the production of ingredients for medicines, flavourings and aromatic substances, and cosmetics. So it is hardly surprising that PlantLab participates in EIT Food; the European project for innovation and healthy food. An innovation community of 50 leading companies from all areas of the food supply chain, top universities and knowledge institutes that collaborate on solutions for the future. They provide access to talent, knowledge, funding and new business sectors in order to jointly develop innovative products and services, start new companies and train a new generation of entrepreneurs.

Together with other partners, we want to contribute to successfully rising to the challenge of feeding a growing global population 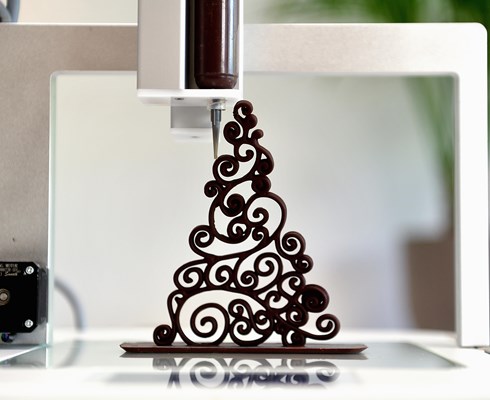 What if you could grow your own food, sustainably of course? Entrepreneurs Arend and Simone Koekkoek, the brains behind Pixelfarming, have developed a completely new approach to demand-driven agriculture. 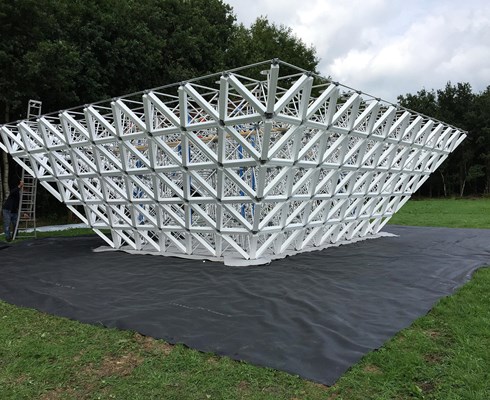 HoCoSto's underground buffer stores heat in the summer that you can use in the winter. So you can heat your home without gas. An interview with HoCoSto founder René Geerts, who's always full of ideas.