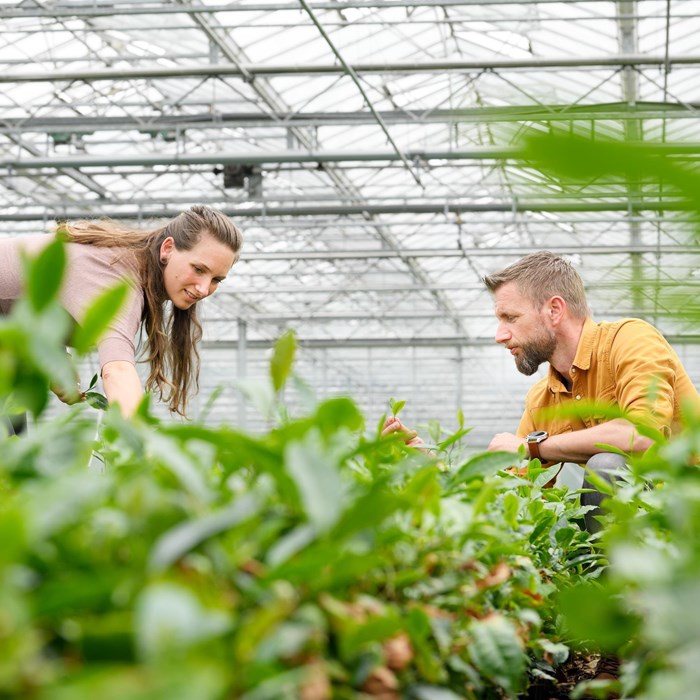 Sustainably produced tea from Brabant, which is also tastier and healthier than the customary tea brands. Johan Jansen and his company, LocalTea in Zundert, have managed to modernise this centuries-old oriental beverage by adding a distinct, local twist.

LocalTea is experiencing a growth spurt with its traditionally produced teas

As someone who simply enjoys a good cup of tea, you may not know that all tea variants - green, white and black tea - are made from the tender young buds of the same plant, the camellia sinensis. The same is true of Oolong tea. The fresher the buds, the better the taste.

This was a momentous discovery for Johan Jansen, an entrepreneurial tea grower and tea aficionado in Brabant. Tea has had a special meaning for him ever since he was a little boy. It conjures up an image of his grandfather, who always carried a Grolsch bottle full of strong tea with him while working at his farm.

But he only discovered the unique qualities of the tea plant and all its possible benefits during an internship in China while studying for his degree. Jansen found out that the product sold to European consumers in retail packs of tea bags is seen as ‘junk’ in the Far East. So much so that tea producers in China and Japan would never dream of offering these finely ground tea leaves for sale in their home markets.

As the owner of a nursery for unusual plants, Jansen developed a fascination for tea cultivation. He also developed an interest in the specific traditional processes used to produce various types of tea. In fact, he became such an enthusiast that he decided to grow and produce his own sustainable high-quality tea in Europe. 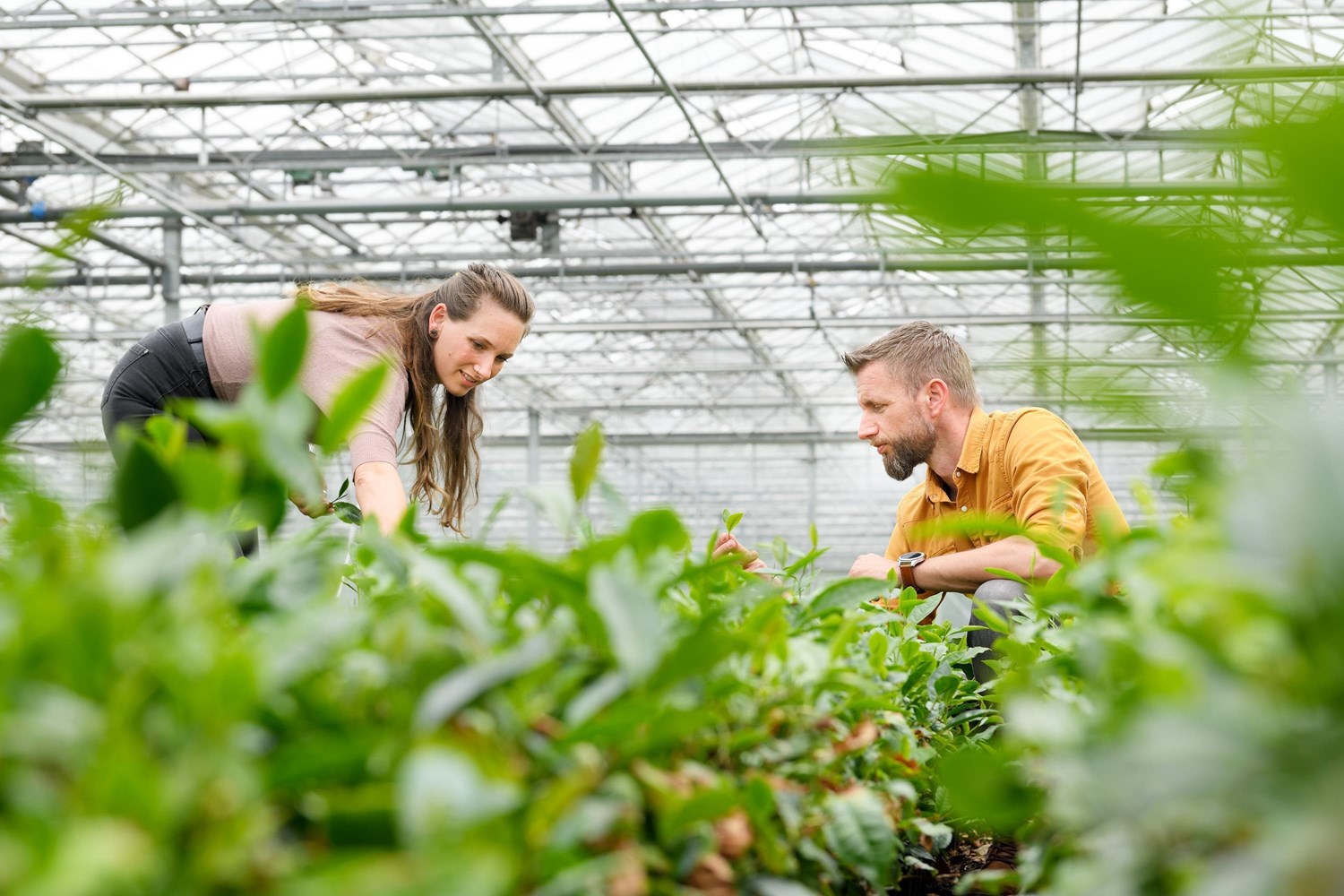 After returning to the Netherlands, Jansen focused all his efforts on growing his own variant of the camellia sinensis in order to breed a plant capable of thriving in Europe's colder climate. Eight years of innovation and improvement finally resulted in a winter-hardy tea plant. The leaves of this plant were also suitable for home consumption.

Now he produces tea via his own company, LocalTea, using the tea leaves from his tea plantations in Zundert. Local cultivation and production result in the shortest supply chain possible, making this product highly sustainable. “Our company uses far less energy and water than other producers, as much as 90 percent in some cases”, says business partner and tea maker Dionne Oomen. “Furthermore, our tea is much fresher than the 200 other teas sold in Dutch supermarkets.”

“With all his unorthodox individuality, Vincent van Gogh was a true trendsetter. You can find the same passion and fascination in our tea" 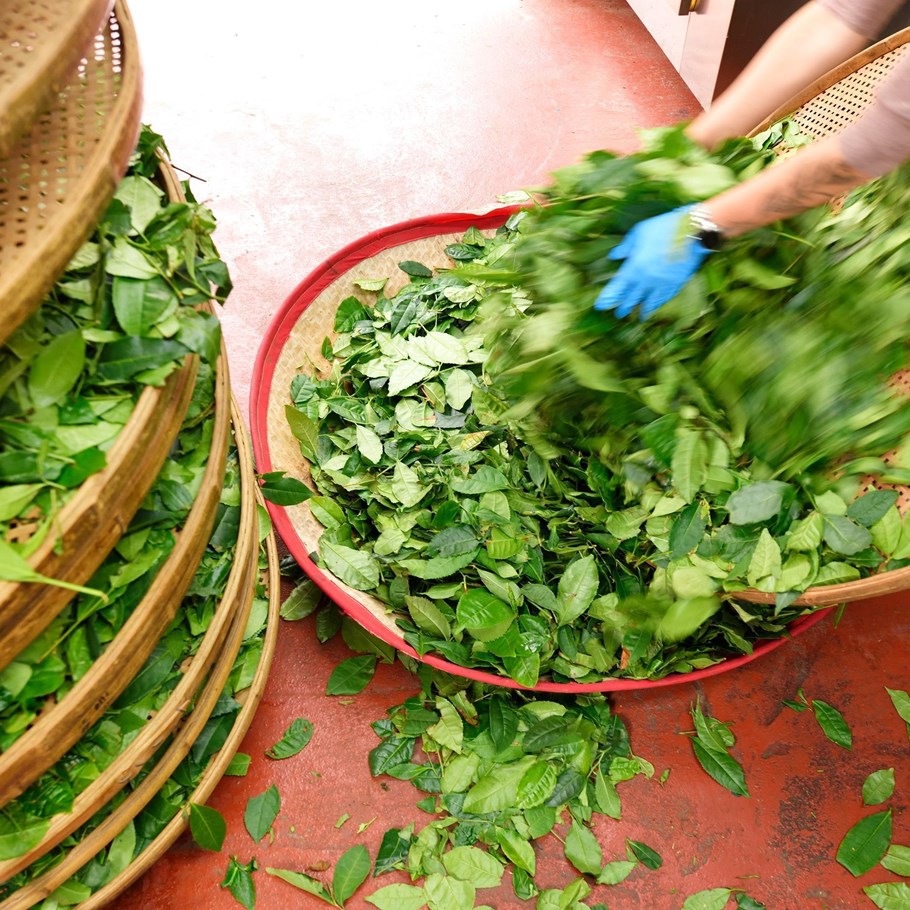 The company's main challenge is to get consumers interested in locally grown tea. Without the help of a huge marketing budget. So LocalTea focuses on the story behind real tea and the traditional tea production methods. For example, they tell us that they only pick the youngest buds of the tea plant, because they contain the most flavour and nutrients.

“We show people what we do, and give them an idea of the fun and excitement that comes with it”, says Oomen. “Our company is about simplicity and honesty. We share a love of tea and want to exploit that passion to enrich people's lives and protect the environment. We are a classical example of word-of-mouth advertising, as tea drinkers like to pass the story on. So, we invest a great deal of time and energy in social media campaigns and other forms of organic growth”.

Sometimes you can give the story behind an innovative product a helping hand by making smart connections. One of the tea variants is named after Vincent van Gogh, Zundert's other home-grown ‘export product’. It is one of Jansen’s favourite tea flavours: a green blend full of floral scents. “With all his unorthodox individuality, Van Gogh was a true trendsetter. You can find the same passion and fascination in this tea. And our tea is also a work of art.”

The story of locally grown tea

The sustainable production method is not the only aspect that makes LocalTea so special; it also has a distinctive taste. LocalTea has adopted a step-by-step approach to introducing consumers to the product. So they are setting up partnerships with like-minded organisations that also want to build sales gradually, based on LocalTea's story. Sales Manager Wendy van Aert is responsible for selecting partners that fit the brand.

Her search took her to PLUS Retail BV, the umbrella organisation that controls the PLUS supermarket chain. Petra Morssinkhof-Eijkholt, who works at the head office of PLUS Retail BV, is the senior category manager responsible for hot beverages, including all brands of tea. “PLUS felt an immediate natural click with LocalTea”, Morssinkhof says. “We constantly look for ways of shortening supply chains to minimise our impact on people, animal life and the environment. Local sourcing is a core value for PLUS and our entrepreneurs, so Dutch-grown tea is a perfect match for us. I have nothing but respect for how LocalTea has bravely taken this blind leap into the unknown, without any guarantee of future success.” 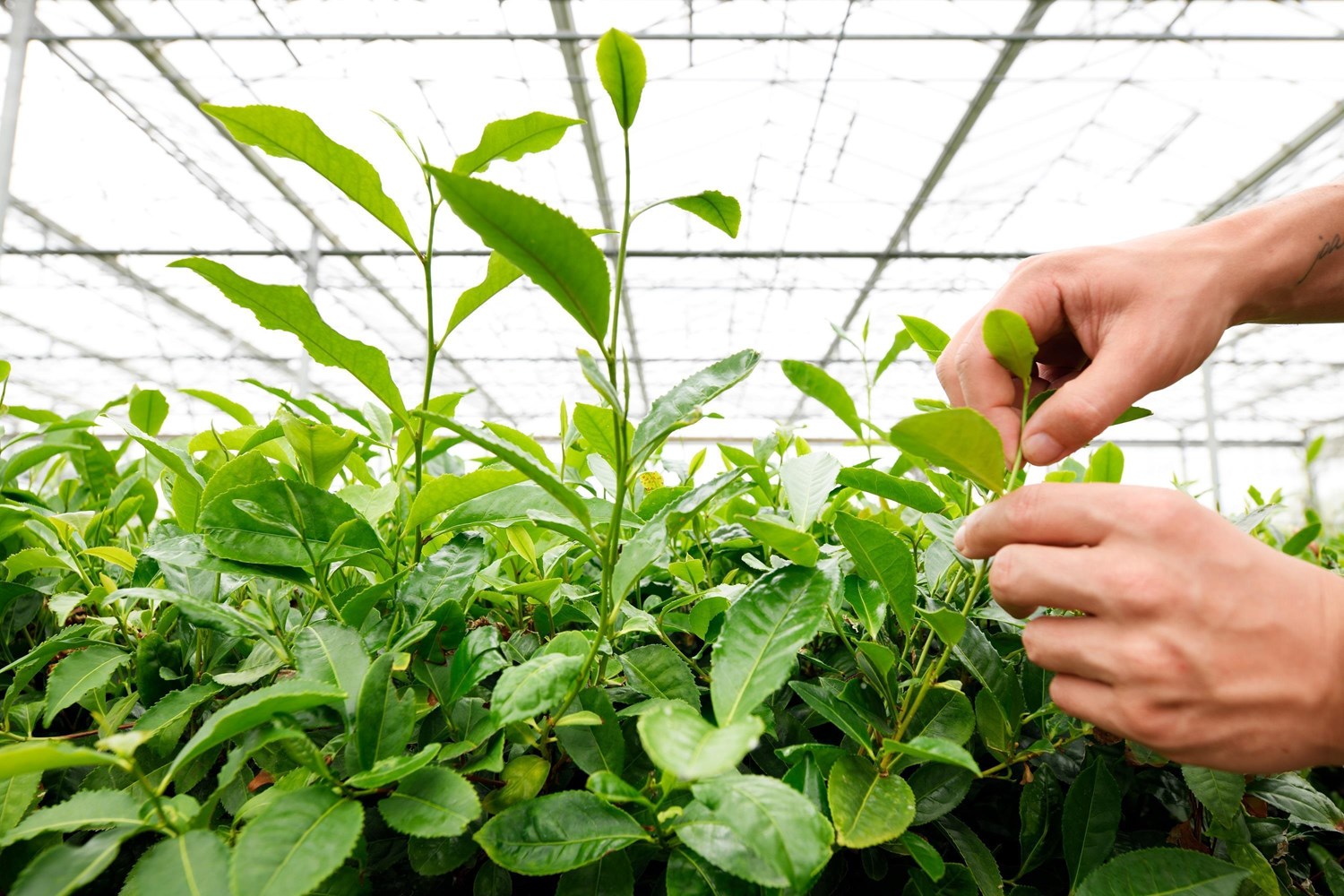 The story about locally produced tea seems to be catching on. Consumers have reacted positively to this innovative product, Morssinkhof says. “Because of the corona virus situation, consumers are more interested in locally produced products. Tea from Sri Lanka or Kenya takes weeks to arrive here and is then stored for some time in the distribution centre. The time required to get tea from LocalTea into the shops is no more than four weeks. A product this fresh is unprecedented in this market.” 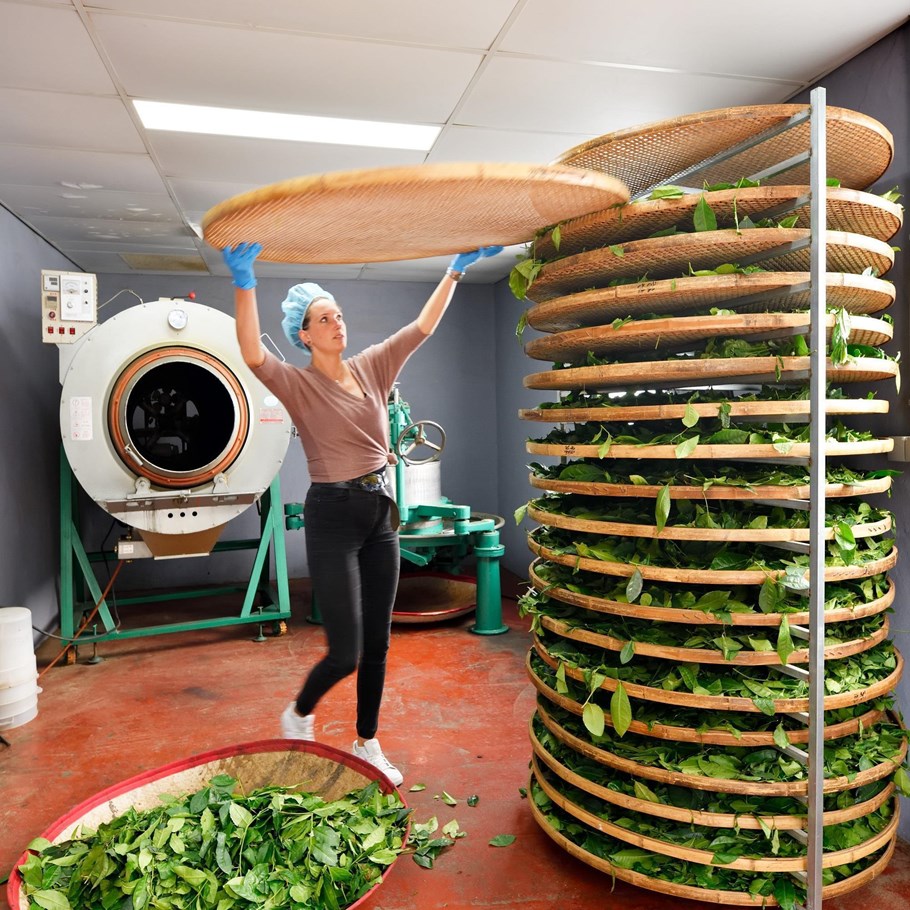 "We are introducing people to the taste of real tea, with all the craftsmanship that goes into it"

The Brabant-based company is now ready for the next growth spurt. Last year, LocalTea produced 750,000 cups of Dutch tea for various supermarkets and wholesalers, including PLUS, Makro, Sligro, Bidfood and Hanos. The company intends to double that volume this year. Jansen has now sold his former business in special plants in order to focus all his attention on LocalTea.

LocalTea raised the amount required for starting the business, around three hundred thousand euros, through crowdfunding in just one month. “We were surprised by the level of interest and support”, says Dionne Oomen. “In terms of funding, our network in Brabant certainly helped make this all possible.

And we have attracted new investors to ensure that the company can accelerate to the next level as quickly as possible. Their appearance on the Dragons’ Den television programme paid dividends: they came away with the highest investment offer ever in the history of the Dutch version of the programme. Two investors offered 1.5 million euros for sixteen percent of the shares in the Zundert-based tea company. LocalTea will use this investment to scale up activities in the Netherlands and elsewhere.

“We show people what we do, and give them an idea of the fun and excitement that comes with it” 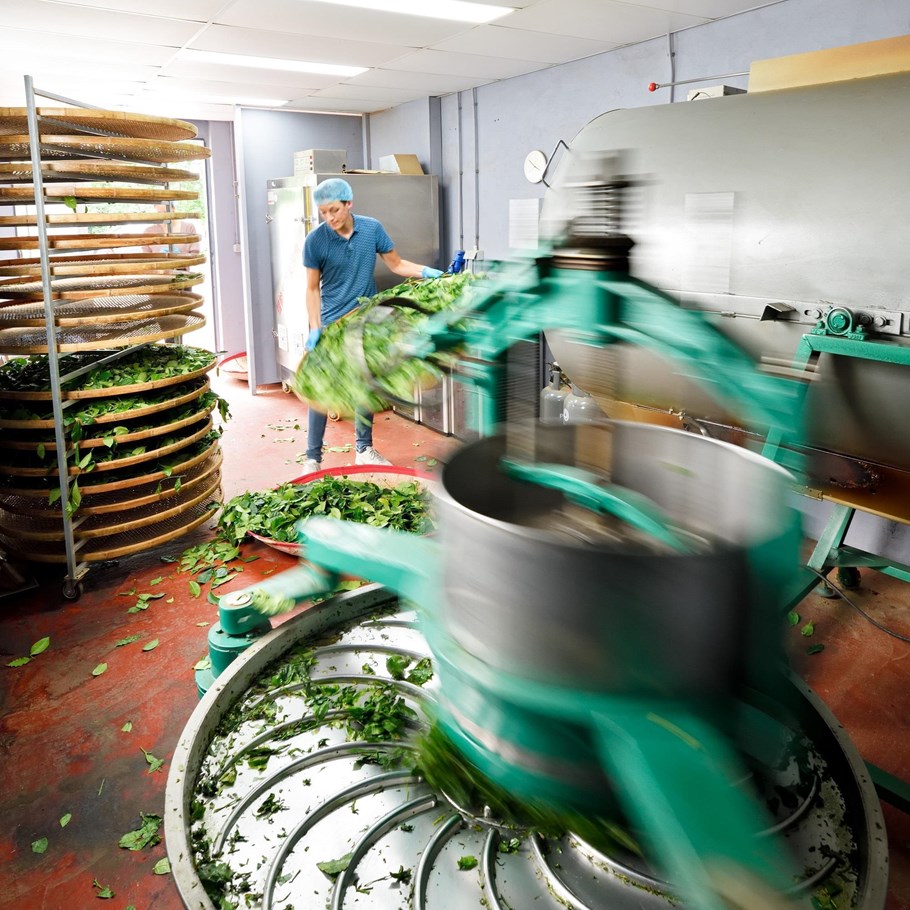 LocalTea wants to get other European countries involved in traditional tea production as part of its ‘let's make tea local’ philosophy. The first steps have already been taken: LocalTea is now working together with local partners at plantations in Belgium and Germany. “We want to establish tea plantations in all European countries, so that everyone can enjoy fair trade tea, without having to fly all over the world first”, says Jansen.

The founder of LocalTea is happy to have the support of so many committed ambassadors. Nearer to home, LocalTea collaborates with entrepreneurs in Brabant who are also committed to creating a better world. For example, the company recently started a partnership with Jaap Korteweg, the founder of De Vegetarische Slager. Both organisations share a passion for nature and ecoresponsible entrepreneurship.

“Going from a plant nursery to a tea business requires significant investments”, says Jansen. “The pressure and stress involved, including media pressure, are formidable. This is a roller-coaster ride, but we are still enjoying the experience. We feel closely connected to our team and our partners. This craft product has become our shared mission. One that we will see through to the end.” 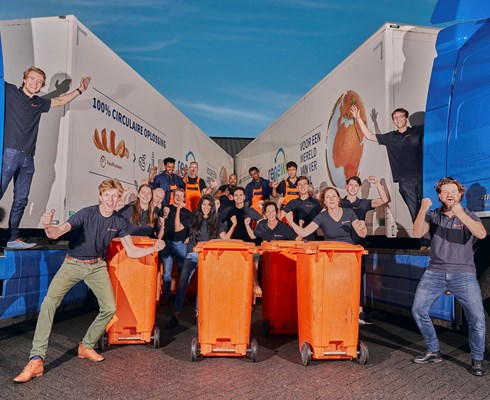 Now that more and more people are squeezing their own fresh orange juice in the supermarket, there is also a growing mountain of orange peel. PeelPioneers uses the orange peel as a valuable raw material for essential oils, dietary fibre and ingredients for cleaning products. The company’s production facility is located in Son at present, but will soon move to 's-Hertogenbosch. 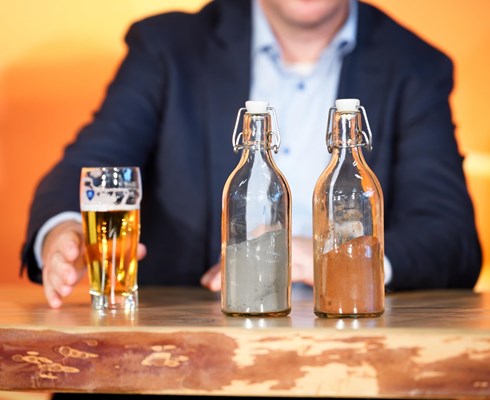 Bavaria brewery in Lieshout, Brabant, has once again achieved a world first by setting up the first industrial system to use iron powder as an energy carrier. Thanks to the efforts of the SOLID student team from Eindhoven University of Technology, the company is now an enthusiastic supporter of this circular energy carrier.